Three years ago I wrote a post about visiting my grandkids’ school for Grandparents Day. Last week I went to Grandparents Day again; had gone last year as well, though I didn’t post anything about it on WordPress.

I have three grandchildren who live about 8 hours away from Grand Rapids, where I spend most of my time. Calvin, my oldest grandchild, is now in high school. Last spring I was in town when his middle school had its own Grandparents Day, but Calvin felt uncomfortable with having a grandparent accompany him to classes. Awkwardness is very much a middle school thing. Fortunately, the school administrators had anticipated this possibility, and told the kids that they could take the morning off to spend with whatever grandparents were available. Calvin and I went to Starbucks, where I ordered coffee and he had hot chocolate. He becomes uncommunicative when plied with questions, but converses quite well otherwise. We had a nice talk.

My other two grandchildren are still in elementary school. Theo is a fifth grader, while Willa is in first grade. Unlike Calvin, they were both eager to have Grandpa Bob at school. The activities started with an assembly. Grandparents were seated in sections arranged according to the grade of their youngest grandchild. The children were then escorted one grade at a time from their classrooms to the stage at the front of the auditorium. Each group sang a few songs, then were sent down to sit with their grandparents. Willa’s class sang a patriotic song and “I’ve Been Working on the Railroad,” an American folk song. Willa clearly enjoyed the song, and would sing it again and again over the next few days, changing the lyrics slightly to amuse herself. She had difficulty finding me when the first graders were sent to sit with their grandparents, looking terribly woebegone after a minute or so of searching. I left my seat to retrieve her, then all was well. 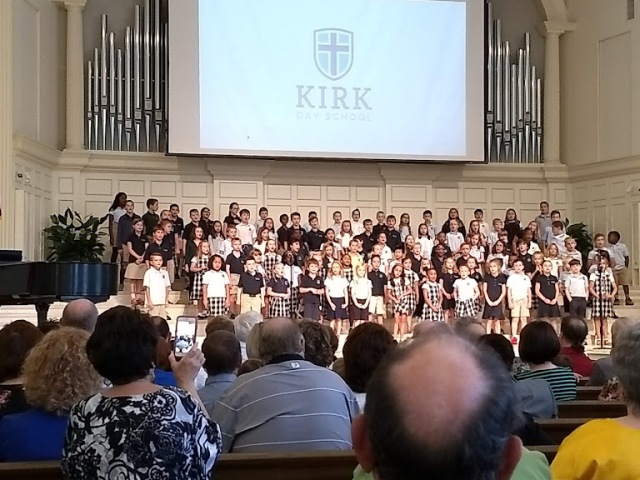 Willa and I watched for Theo, and it wasn’t long before he appeared on the stage with a large group of fourth, fifth, and sixth graders. They performed a number of songs, including the school anthem, which, after several Grandparents Days, is becoming familiar to me. He found us at the end of the assembly, and we headed off to the next activity.

Our instructions directed us to either the Spirit Shop (where school apparel is sold) or the Book Fair. It wasn’t difficult to figure out why this was on the schedule–some administrator must have figured that parading grandchildren and their grandparents in front of merchandise the grandchildren would like to own is an effective way of extracting grandparent funds for the school coffers. It worked in my case; I bought a book each for Theo and Willa. Willa picked a book that she liked, Theo one that he liked AND that was expensive. Good economic sense, Theo. 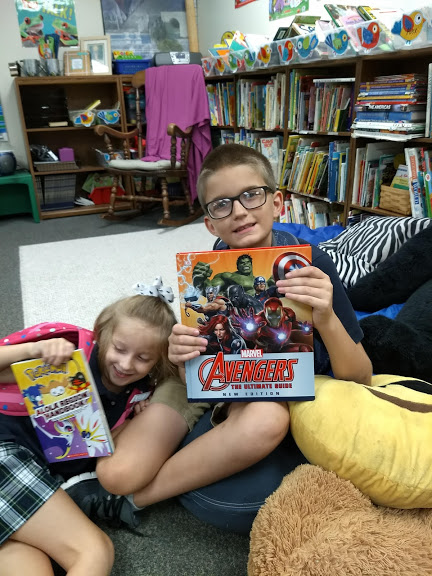 After that, I visited each of their classrooms. I met their teachers and a few of their classmates. Willa had some art she had done in preparation for the big day, and the teacher had supplied a couple worksheets for grandchildren and grandparents to do together. Theo had a page of interview questions for me, many of them about my experiences when I was his age or things that are different now than they were then. It was a nice opportunity to talk about how the world has changed over the course of the last 60 years. 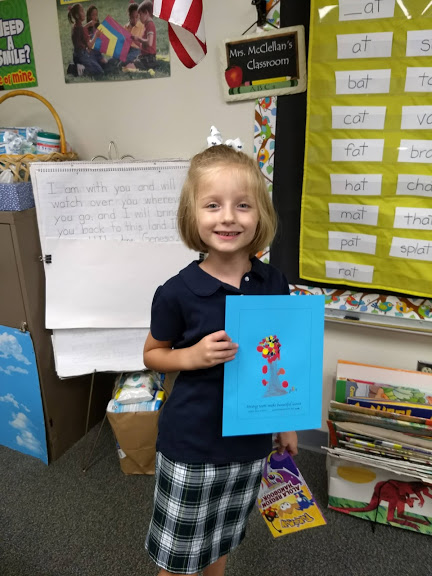 School was dismissed before noon. Theo, Willa, and I went to their house, and my son, who was working at home, joined us for lunch.  We spent more time together the next two days, at which point I left for Michigan. I’ll be back often, though, since I’ve bought a house fifteen minutes from where they live.

Whereas Calvin no longer has interest in Grandparents Day (fortunately, he still likes to hang out with his grandparents), it’s as much fun for me as ever. The day is ceremonial in nature–a socially significant event in which the actions of the participants are imbued with special meaning. It’s a celebration of several things–the child’s academic successes, the grandparent’s investment in future generations, and the special relationship between grandparents and grandchildren. We and they are near opposites when it comes to our place along the human lifespan, but our affection for each other transcends that difference. I am a fortunate man, for I’m a grandpa. 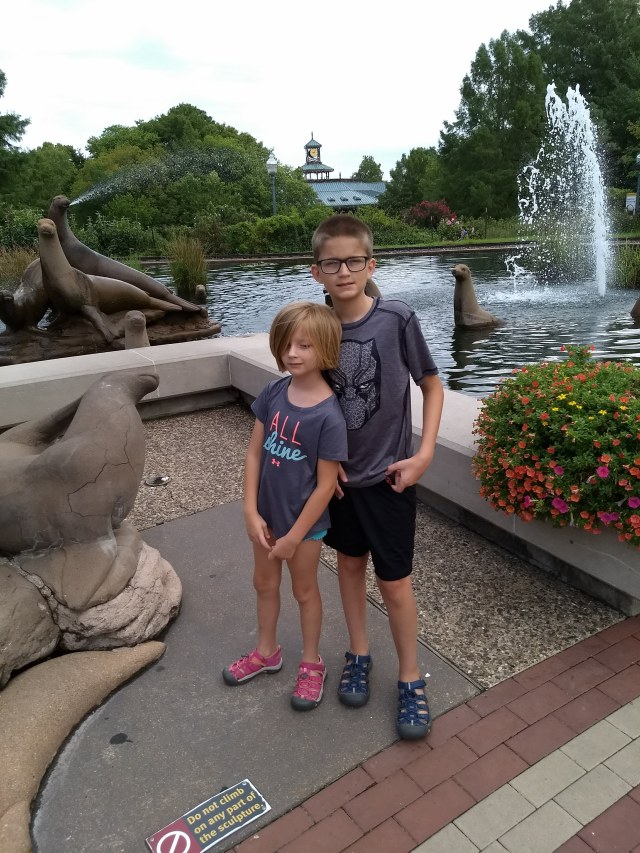 I am a fourth-generation American of Dutch ancestry and am trained as a clinical psychologist. In 2012, I retired from Methodist University in North Carolina to return to . Michigan to help family. I maintain a part-time therapy practice in Grand Rapids. I currently worship at Monroe Community Church in Grand Rapids. I can be reached at bobritzema@hotmail.com.
View all posts by Bob Ritzema →
This entry was posted in Relationships and tagged aging, grandchildren, grandparents, older adults. Bookmark the permalink.

4 Responses to Another Grandparent’s Day