The Reluctant Caregiver and Agape 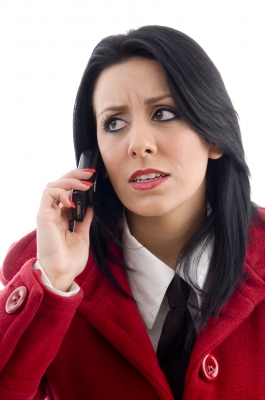 Several weeks ago, Paula Span of the New Old Age blog wrote about “The Reluctant Caregiver.” She’s referring to someone who is providing care for someone in need of help but provides the care grudgingly rather than willingly.  She cites the example of “Mrs. A,” who provides assistance for her mother-in-law.  Mrs A “doesn’t have much affection for this increasingly frail 90something or enjoy her company; her efforts bring no emotional reward.”  Her mother-in-law expresses gratitude, but that only makes Mrs. A feel guilty.  She feels ashamed when she compares herself to other adult children who willingly provide care.  She continues to help out of a sense of obligation.

Span thinks that the reluctant caregiver deserves credit for persisting at the hard work of caregiving despite not getting much back in terms of warmth, closeness, or appreciation.  She cites the advice of a geriatric social worker who advises such caregivers to sign up early for community services that could lighten the load and to join support groups.  Of course, there may not be a group of like-minded caregivers available, so talking to anyone who is sympathetic or supportive can help.  Pastoral care is often useful, and psychotherapy is advisable if the relationship with the needy elder brings up significant unresolved emotional issues.  It’s also important for reluctant caregivers to set boundaries to keep from being emotionally damaged or used while they are in the helping role.

Reluctant caregivers often experience guilt because they don’t feel toward the needy elder as they think they should.  They don’t have either what the ancient Greeks called  storge (affectionate or family love) or phila (the love between friends).  However, the Greeks also had another term for love, agape, a sacrificial love based not on feelings but on commitment to the welfare of the other.  Christ and his followers regarded this as the highest form of love.  In seeing the elder’s needs and helping despite the lack of rewards and often at considerable personal cost, reluctant caregivers can be bearers of agape love.  That’s nothing to be ashamed of!

I am a fourth-generation American of Dutch ancestry and am trained as a clinical psychologist. In 2012, I retired from Methodist University in North Carolina to return to . Michigan to help family. I maintain a part-time therapy practice in Grand Rapids. I currently worship at Monroe Community Church in Grand Rapids. I can be reached at bobritzema@hotmail.com.
View all posts by Bob Ritzema →
This entry was posted in Psyche, Relationships, Uncategorized and tagged agape, aging, caregiving, older adults, parents, relationships. Bookmark the permalink.