In America, social interactions tend to be stratified by age.  Young adults associate with each other more than they do with those from different cohorts, as do the middle-aged, as do the elderly.  An opinion piece by herbologist Mary Bodel on Yahoo Voices laments the segregation of the elderly from the remainder of society.  She describes a community for the elderly that doesn’t permit residents below the age of 55 and contrasts this living arrangement with what she remembers of her childhood, namely that her grandparentswere present on a daily basis.  She notes: “In fact, most children in this generation don’t have the experiences I had. They won’t get to learn their family history. They won’t be taught the skills my grandparents taught us. They won’t know what they are missing.” 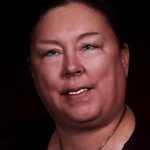 According to a 2010 Administration on Aging report, only about 4.1% of adults over age 65 are isolated in institutions (primarily in nursing homes).  Of the remainder, 54.8% live with a spouse, and 30.1% live alone.  Only 1.91 million, which I calculate to be 4.8% of the 39.6 million seniors living at the time of the report, lived in a home with one or more grandchildren.  About half of these lived in a home maintained by the children’s parent or parents.  Thus, the multigenerational home containing parents, grandparents, and children is relatively uncommon.

Subculture of Aging theory, a social theory of aging proposed by Arnold Rose, holds that older people interact with each other more than with younger adults both because they share similar interests and concerns and because they’ve been excluded from other social circles.  Consonant with this theory, housing communities designed for the elderly seem to be a subculture whose members interact a great deal more with each other than with members of the larger society.   Descriptions of such facilities may overstate the height of the wall between the elderly subculture and the rest of society, though.  Subculture of Aging theory has been faulted for ignoring the affiliations that elderly adults have that aren’t related to age—affiliations based on characteristics such as kinship, race, occupational background,  social class, or religion.  Rather than being excluded from involvement with those outside their age range, perhaps older adults have many potential associations across the age span, some weak, some strong. Their patterns of interaction be affected by many factors, including personal preference, social barriers (Activity Theory emphasizes these), what affiliations the person had in the past (Continuity Theory sees these as important), and what sort of interactions are seen as best meeting the person’s needs (Socioemotional Selectivity Theory develops this aspect).

Should we care whether the elderly are isolated from everyone else or interact with those in society as a whole?  What benefits might come from having cross-generational relationships?  These are complicated questions, ones I hope to return to in future posts.  For the present, here is a story that Bodel tells about the contribution of the elderly to the rest of society:

“It was winter and there was a famine. The village leaders instructed all of the families to take their elders out into the forest and leave them there. They needed to preserve food so the young would survive.

“One man didn’t do that. Oh, he took his father out as he was supposed to do, but he brought him back home. His father spent the winter in hiding. His son shared his own portion so that his father wouldn’t starve.

“When spring came, the village had a problem. The food shortage had been so severe that they’d eaten the seed grain. No one knew what to do.

“The father told his son to take the thatch from the roof and thresh it. When the son had done that, he had enough grain to plant his fields. His neighbors couldn’t understand where he’d gotten the seed.

“The son brought his father out and told them what he had done. The village was silent. They had killed off the only ones who could tell them how to get through the famine and have seed for spring planting.”

I am a fourth-generation American of Dutch ancestry and am trained as a clinical psychologist. In 2012, I retired from Methodist University in North Carolina to return to . Michigan to help family. I maintain a part-time therapy practice in Grand Rapids. I currently worship at Monroe Community Church in Grand Rapids. I can be reached at bobritzema@hotmail.com.
View all posts by Bob Ritzema →
This entry was posted in Culture, Relationships and tagged senior housing, senior segregation, Subculture of Aging Theory. Bookmark the permalink.