Living out of Necessity 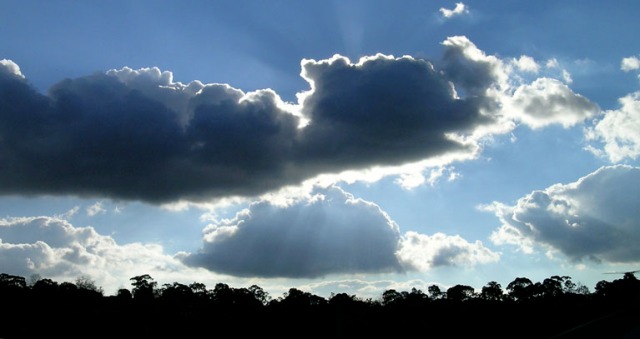 I wrote recently about my vocation in older adulthood. I relayed some points made in Gordon Smith’s book Called to be Saints: An Invitation to Christian Maturity. Smith says that each of us has a God-given vocation, that our senior years are to be characterized by vocation just as much as our younger years were, though late-life vocation is less likely to require the social roles that were formerly important. For me, the primary social role in which my vocation was embedded was that of psychologist. As a psychologist, I’ve spent most of my career doing psychotherapy. Teaching was also important, while other functions, such as supervisor and administrator, were secondary. I concluded the last post with the following:

“The challenge I face is to define my vocation outside of the role by which it has been expressed for most of my adult life.”

I’ve already given up the role of teacher, which is not to say that I never teach anyone anything but I have relinquished the position of Professor of Psychology that I had held for over a decade. I’m still in the role of therapist; I have about fifteen clients with whom I work. That role is taking much less of my time than it used to; I’m not contemplating giving it up, but I expect that it will gradually be a less important part of my identity and my vocation.

So what vocation remains once the roles I’ve occupied lose their importance? Smith suggests that we can understand our vocation in the context of three areas of knowledge: knowing the purposes of God in the world, knowing ourselves, and knowing our circumstances. I’ve been particularly influenced by something he says about self-knowledge: “to know oneself is to be attentive to one’s deep passion or joy.” What is it that evokes passion in me; what do I most want to do; what do I care about most deeply? What is my necessity (a term Smith takes from Henri Nouwen and Annie Dillard)?

To help me answer that question, I’ve been thinking about what has been most satisfying about being a therapist. I wrote the following to a friend earlier this year:

“I think that when I was growing up, through high school and college, learning was what interested me the most. When I went to grad school, I probably was more interested in learning about a field that I found fascinating than I was in becoming a helper. When I started doing therapy, I liked applying my learning. I also liked something else, namely taking the information I gathered from people and putting it together into a coherent picture. It’s like everyone is in their own way a puzzle or enigma to be understood. Learning can be somewhat passive, but coming to an understanding like this is a more active process, involving both left-brain analytical and right-brain holistic thinking.

“But there’s a third element that’s important to me, and that’s to use knowledge and understanding to help others. Translating my understanding of someone into something that they can understand as well is challenging. To do it well takes patience, caring, creativity, and communication skills, while simultaneously continuing to listen and trying to better understand aspects I’ve missed. I really value having ongoing relationships with clients. I like seeing their growth and recognizing how our conversations contributed to that growth.”

Learning, understanding, helping. I think that combining those is my passion, my necessity. I see it not only in therapy, but also in friendships and family relationships. And those things also characterize my relationship with myself, for knowing myself, knowing how God made me, is foundational both for my identity and for my efforts to know others. So, to put it in a statement, the necessity that I expect will be my vocation whether I’m working or not is the following:

To learn about, understand, and affirm people, helping them know themselves and live out of their true nature. To know myself.

That feels right; it’s something I can see myself living out of for the rest of my life.

I am a fourth-generation American of Dutch ancestry and am trained as a clinical psychologist. In 2012, I retired from Methodist University in North Carolina to return to . Michigan to help family. I maintain a part-time therapy practice in Grand Rapids. I currently worship at Monroe Community Church in Grand Rapids. I can be reached at bobritzema@hotmail.com.
View all posts by Bob Ritzema →
This entry was posted in Psyche and tagged aging, faith, Gordon T. Smith, meaning, older adults, purpose. Bookmark the permalink.

1 Response to Living out of Necessity