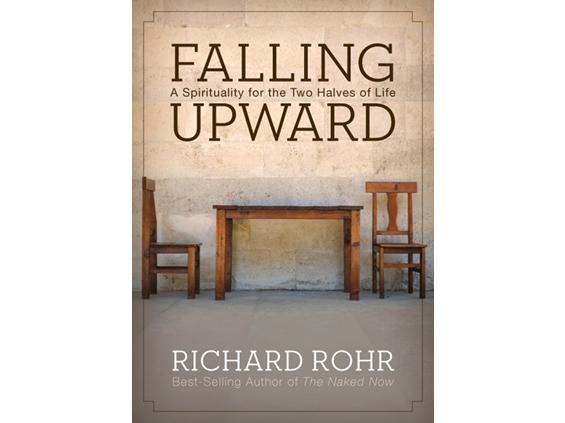 I recently re-read Falling Upward, Richard Rohr’s book describing the differences between spirituality in the first and second half of life. Some of the things that I hadn’t paid much attention to when I first read the book six years ago caught my attention this time around. For example, in a chapter titled “Amnesia and the Big Picture” Rohr states the following:

“Life is a matter of becoming fully and consciously who we already are, but it is a self that we largely do not know. It is as though we are all suffering from a giant case of amnesia.” (p. 97)

Haven’t most of us been constructing our identities ever since the first years of life? Before I was one year old, I learned my name; soon afterwards, I came to know that I was a boy. As the years went by, I learned other things about myself–I’m white and of Dutch ethnicity, an American, a baby boomer. Besides these things that were accidents of my birth, there were and are other features of my identity that come from beliefs that I developed–I’m a Christian, a vegetarian, mostly conservative socially and economically but  liberal when it comes to matters of justice. Some things about my identity resulted from things I achieved–I’m a college graduate and a licensed psychologist. I see myself as having certain personality characteristics–introversion and conscientiousness, for example. Finally, part of who I am consists of my activities–writing, reading, jogging, gardening, cycling. Don’t I have a well developed identity? Don’t I know who I am?

According to Rohr, these things may be true of me, but have little to do with who I am at a deeper level. They are part of my false self, which he defines as “Your role, title, and personal image that is largely a creation of your own mind and attachments.” It’s natural to focus on these distinguishing characteristics early in life, when we are still trying to develop a basic sense of our particularities. Once we establish that self-concept, though, returning again and again to orient ourselves by those coordinates is counterproductive, like someone looking continually at his or GPS location but not using the information to actually go anywhere. The constant need for reassurance about our rudiments displays insecurity rather than confidence. It’s central to the various forms of identity politics.

So who is this person I already am but that I largely don’t know? According to Rohr, it’s my “True Self,” which Rohr describes as “who you objectively are from the beginning, in the mind and heart of God.” And, unlike my childhood and young adult self-concept, it’s not based on identifying characteristics that make me different from others. Such focus on differentiation can be benign, but often slopes down into preferring those like me or even excluding those unlike me. Rohr thinks that such exclusion is our natural tendency in the first half of life but is incompatible with mature spirituality. Citing Ken Wilber, he asserts that “the classic spiritual journey always begins elitist and ends egalitarian.”

It’s taken plenty life experiences for me to even be aware of how dearly I held onto those things that set me apart from others. I had to be around people unlike me for me to start seeing that what is most central to my identity is not what differentiates me from them but what I have in common with them. I was a slow study–to glimpse this more fundamental identity, it took all of the following, plus more:

I’ve encountered lots of people, and gotten to know some of them quite well. At our cores, we are all more similar than different. Though I still sometimes forget, I come back again and again to who all of us are: children of the heavenly father, dearly loved by him.

By the way, if you’re interested in my earlier thoughts about Falling Upward, they can be found here.

I am a fourth-generation American of Dutch ancestry and am trained as a clinical psychologist. In 2012, I retired from Methodist University in North Carolina to return to . Michigan to help family. I maintain a part-time therapy practice in Grand Rapids. I currently worship at Monroe Community Church in Grand Rapids. I can be reached at bobritzema@hotmail.com.
View all posts by Bob Ritzema →
This entry was posted in Psyche, Spirit and tagged aging, faith, identity, Richard Rohr, true self. Bookmark the permalink.

9 Responses to Forgetting and Identity