This is part of a series on the seven deadly sins as they apply to older adults. I’ve been reflecting on the topic after reading  the book Glittering Vices: A New Look at the Seven Deadly Sins and Their Remedies by the philosopher Rebecca Konyndyk DeYoung. This post is on greed.

DeYoung defines greed as “excessive love or desire for money or any possession money can buy” (p. 100) It can manifest itself either in excessive acquisition of money or things, or excessive hoarding of what one already has.  It is the opposite of generosity or liberality–freedom from attachment to money. Ideally, our attitude toward money or things should reside somewhere near the mean between too much and too little attachment to them. 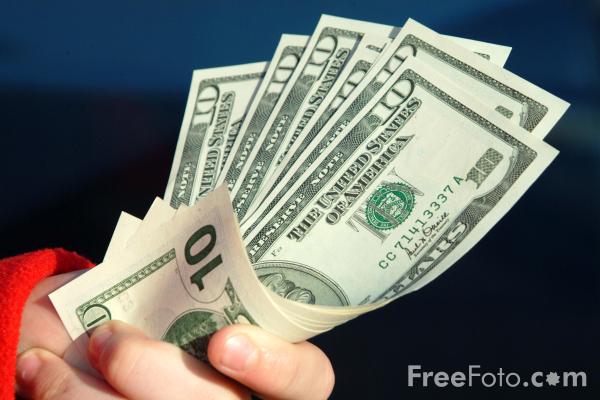 Greed can harm my neighbor, in that by accumulating too much my neighbor is deprived of having enough. I may directly take from my neighbor, for example by overcharging her for life’s necessities. Also, in a world of limited resources, those of us who accumulate too much are collectively causing goods to be scarce or expensive, causing the poor to do without. DeYoung quotes Basil:

“It is the hungry one’s bread that you hoard, the naked one’s cloak that you retain, the needy one’s money that you withhold. Wherefore as many as you have wronged, you might have succored.”

I think here about present-day America. Most of us have clothes-stuffed closets, full pantries, and plenty of electronics. Some have large houses, expensive cars, and plenty of money in our bank accounts. Our wealth distorts world markets, so that, for example, farmers in many countries devote their production to the lucrative American market, resulting in shortages and price increases for impoverished natives. Our excessive consumption may or may not result from greed, but it can cause suffering for others nonetheless.

In most societies most of the time, having a modicum of possessions is necessary in order to function successfully.  It is wrong to have too many of them, though. It’s also wrong to value them too much. When they become what we give most of our time and energy to, we become impoverished spiritually.

So what motivates us to place what’s less important–material wealth–ahead of what is of greater and lasting importance? Partly it’s fear–fear of doing without. Jesus warned his followers not to worry about having enough food and clothes, noting that, just as God feeds the birds, he will provide for those who put his kingdom first. We prefer to have more control over our outcomes than the birds have, though. DeYoung blames our acquisitive streak on our efforts to control outcomes: “It is the desire to to be able to provide fully for ourselves, and therefore not to have to depend on God.” (p. 112)

Are older adults prone to avarice? In most societies, elders control a disproportionate share of wealth. Those of us who weren’t very focused on accumulating wealth during our earlier years may need to keep working past retirement age in order to support ourselves, but we probably are never going to develop an inordinate love of money. Those who loved money all along, though, are likely to have difficulty changing our focus. Some may still be trying to accumulate even though they have plenty. It’s hard to know how much will be needed for the years ahead, so the temptation is to think, “I need just a little more.”

Hoarding is also a temptation in the later years. This is true of the miser, devoted to preserving his stash of gold–or his retirement funds. It’s also true of those who have lots of possessions. I know of a woman in her early 80s who has been collecting antiques for the past 40 years. She enjoyed each new addition, but now has a house crammed with old furniture, glassware, plates, toys–you name it, she probably has it. The enjoyment has faded, and now she just has a bunch of stuff that are more a burden than a pleasure.

I wrote previously about Sherill’s view that the primary task of old age is simplification, defined as getting rid of the less important so that we can focus more on what is most important. For years I carefully monitored investments so that I would have enough to live on when I got old. Now I am old and seemingly have enough assets to meet my foreseeable needs. Nonetheless, I typically spend at least a couple hours a week researching my holdings and thinking about what changes I should make. Is this a manifestation of greed? Do I have an excessive love of money? It’s hard for me to tell. I think its time to focus on more important things than stocks and bonds. That guided my Lenten practice this year. For six weeks, I gave up all involvement in my investments. I didn’t even monitor account balances. I felt much freer. I want maintain that freedom as I go forward. We’ll see if I can resist the temptation to slide back into market-watching!

I am a fourth-generation American of Dutch ancestry and am trained as a clinical psychologist. In 2012, I retired from Methodist University in North Carolina to return to . Michigan to help family. I maintain a part-time therapy practice in Grand Rapids. I currently worship at Monroe Community Church in Grand Rapids. I can be reached at bobritzema@hotmail.com.
View all posts by Bob Ritzema →
This entry was posted in Psyche, Spirit and tagged aging, avarice, capital vices, greed, hoarding, older adults, Rebecca Konyndyk DeYoung, seven deadly sins. Bookmark the permalink.