As we age, our bodies tend to buck and sputter on occasions when they used to run smoothly. Joints ache, as do muscles after modest exertion. We can’t run as fast as we used to, or can’t run at all. We can no longer  shortchange sleep for days and still expect to function. All these insurgencies happen gradually, and most of us accept the changes without difficulty.

Besides the age-related changes that we all experience, we are more prone to be diagnosed with any of a variety of medical conditions–hypertension, heart disease, diabetes, arthritis, osteoporosis,  elevated cholesterol. Though I have for the most part had good health, I have been on medication for cholesterol for at least fifteen years. I’ve also had an enlarged prostate. That wasn’t too much of a concern, but about two years ago my physician noted that the lab results from my PSA tests had been gradually rising. PSA, or prostate specific antigen, is a protein produced by the prostate and found in the blood. Men with prostate cancer often have a high PSA score, though other conditions can also produce elevations.

My doctors recommended a more definitive test for cancer, a biopsy of the prostate. I was biopsied in September, 2015. It’s an unpleasant test–lying on one side, mostly undressed, curled like a comma, while a probe inserted from the rear (I’ll leave to readers’ imaginations the orifice used) snips away bits of tissue. Three of the twelve samples taken contained cancerous cells. The urologist indicated that the cancer was low grade–Gleason Score of 6, the least aggressive form. “It probably shouldn’t even be called cancer,” he said, which is not the same as saying it isn’t cancer. He recommended regular monitoring of PSA but no active treatment. It took some convincing, but I finally agreed to that plan. with the stipulation that at some point my prostate would also be assessed via magnetic resonance imaging (MRI). An MRI uses magnets, radio waves, and possibly other forms of magic to produce a picture of the structures found in bodily tissue. Such an image is useful in assessing the extent of cancer.

I went in for blood work every three months. The PSA level stayed around 5. That’s high, but at least the scores weren’t increasing. The promised MRI was done in October of last year. One area in particular looked troublesome to the radiologist. It would take another biopsy to determine whether there was any cause for concern, so a month later I was back on the table trying to decide what was most disagreeable about the procedure–the indignity? the pain? the doctor’s efforts at cheery encouragement?

This time, there were five samples with abnormal cells, and one of these was given a Gleason score of 7, pushing my risk level from low to intermediate. It is unlikely that the cancer has spread outside the prostate yet. However, the progression up to this point makes eventual spread more likely. After meeting with my doctor and researching treatment options, I decided that a radical prostatectomy– surgery to remove the prostate– would be the best option. I’m scheduled for surgery in late February.

It’s estimated that each year in the US there are about 180,000 new cases of prostate cancer and 26,000 deaths from this condition. It is a common cancer: an estimated 12.9 percent of men will be diagnosed with it some time in their lives. I am not alone.

I’ve been much more attuned to people’s cancer stories in the past few months. All of a sudden, those stories seem to be everywhere. Some hit close to home: my sister was diagnosed with breast cancer after a routine mammogram. She had a lumpectomy and started chemo a few weeks ago. A friend in his 30s went to the doctor because he thought his lungs harbored an infection and he didn’t want to pass it on to his newborn son. Instead, the doctor found a cancerous tumor in his chest. He will be hospitalized for five days every three weeks for high-dose chemo.

Stories like this make me think that my cancer is nothing by comparison. It’s not nothing, though, and I’ve noticed that it has influenced my thoughts in a variety of ways. I’ll write more about those effects in a future post. 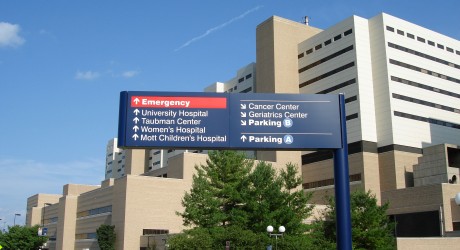 I am a fourth-generation American of Dutch ancestry and am trained as a clinical psychologist. In 2012, I retired from Methodist University in North Carolina to return to . Michigan to help family. I maintain a part-time therapy practice in Grand Rapids. I currently worship at Monroe Community Church in Grand Rapids. I can be reached at bobritzema@hotmail.com.
View all posts by Bob Ritzema →
This entry was posted in Body and tagged aging, death, health, illness, older adults, prostate cancer. Bookmark the permalink.

2 Responses to Thinking About Cancer