I’ve written before about retirement and the leisure ideal. I described how in the middle of the 20th century government and business in the U.S. wished to get older workers out of the workforce to make way for younger workers. Many older workers resisted. Government and business responded by providing Social Security and pensions, making retirement economically feasible. They also sought to convince older workers that they weren’t being pushed aside but were being rewarded by a life of leisure for their many years of dedicated service. This campaign worked, and by the 1960’s a retirement devoted to leisure activities was seen as ideal. 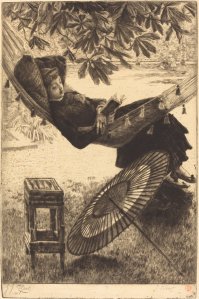 This preference for a relaxed, unstructured retirement has changed in recent years. “Active retirement” has become more popular, and the majority of workers want to spend at least some of their time working. A 2013 Merrill Lynch/Age Wave survey found that 71% of people 45 or older wanted to work in retirement, and only 29% said they never wanted to work again.

“Research shows that people who continue to work in retirement maintain sharper minds than those who don’t work. Four out of ten retirees say that work makes retirement more enjoyable, and retirees who work are almost 40% more likely to report being in good health.”

I wonder whether, for those in the U.S., an additional factor in the desire of so many older workers to remain in the workplace is our favorable attitude toward employment. As a nation, we have longer workdays and take fewer vacations than other wealthy countries. We believe in the value of hard work. Much of this ethos is derived from What Max Weber called the Protestant Work Ethic–the Calvinist belief that the elect were to spend their time on this earth being productive, and that such hard work and austerity was a sign they were truly among God’s chosen people. The concept was secularized as it spread from believers to the broader culture, so that hard work is regarded by many as a sign of virtue without reference to one’s eternal destiny. Some commentators have wondered whether we’ve taken our work ethic too far. Here is Andrew Sullivan on the subject:

“I’m a pathologically hard worker, and for me, the American dream remains not only intact, but still inspiring. I believe in work. I don’t want the welfare state to be a cushion rather than a safety net. At the same time, it seems to me that as a culture, we have a work ethic that can be, and often is, its own false idol.”

Might we be so convinced about the value of hard work that we won’t allow ourselves to leave the workplace even in retirement? Doesn’t this work-no-matter-what mentality reduce our value as human beings to only what we can produce? Perhaps the benefit of leisure–whether in retirement or before–is that it serves as a corrective to such a diminished conception of who we are.

These thoughts remind me of another concept that affirms the value of ceasing from work, namely the notion of Sabbath rest found in Judaism and Christianity. I’d like to discuss that concept and how it compares to leisure in a future post.

I am a fourth-generation American of Dutch ancestry and am trained as a clinical psychologist. In 2012, I retired from Methodist University in North Carolina to return to . Michigan to help family. I maintain a part-time therapy practice in Grand Rapids. I currently worship at Monroe Community Church in Grand Rapids. I can be reached at bobritzema@hotmail.com.
View all posts by Bob Ritzema →
This entry was posted in Culture and tagged aging, older adults, purpose, retirement, work. Bookmark the permalink.