Generativity is a quality that psychoanalyst Erik Erikson associated with a healthy middle adulthood. Erikson thought that around midlife it is common to develop an interest in doing something that will outlast oneself. Earlier in adulthood, most of us focus on personal achievement, whether this takes the form of a successful career, a good income, or intimacy with a significant other. Usually around midlife, though, many of us move from being primarily concerned about self-advancement to being as much or more concerned about the future welfare of our descendents, students, or younger colleagues. George Vaillant director of the Harvard Developmental Study, wrote that generativity “involves the demonstration of a clear capacity to unselfishly guide the next generation. Generativity reflects the capacity to give the self—finally completed through mastery of the first three tasks of adult development—away.” (Aging Well, p. 47)

Vaillant says that “when generativity is attempted before its appointed time it may fail.” By this he didn’t mean that no one younger than 40 should try to teach or assist others, just that younger adults should be thinking about their own growth more than the growth of others. In particular, he found that many women in his study had given of themselves too fully in early adulthood and thus didn’t develop the internal strength to be able to later extend themselves to others out of care and compassion rather than out of obligation and guilt.

Though, as a psychologist, I have been in a caregiving profession most of my working life, I was generative only as a parent, not in my job, during my 20s, 30s, or early 40s. That started to change as I approached 50. I was working as a psychotherapist at a large multidisciplinary clinic, and was regarded as a successful mid-career professional. Gradually, I noticed that my internal sense of satisfaction with my career started to change. I knew I was doing a good job with clients, but simultaneously I became constantly aware that I was playing a role–the role of the caring, wise therapist. Eventually, this role-playing started to seem absurd. Looking back, I think I was starting to realize that I wouldn’t be satisfied just coasting along for the next 15 or 20 years until it was time to retire. What could I do to banish this odd self-consciousness and again be fully engaged in what I was doing? I decided that my work would be more meaningful if I could teach something of what I had learned during the course of my career to college or university students. Thus, I was interested in generativity.

I revised my resume and started looking for jobs. It was incredibly hard to find a suitable academic position—college psychology departments are mainly interested in hiring young, recently trained psychologists, not middle-aged folks who only have experience and maybe a little bit of accumulated wisdom to recommend them. Still, at age 53 I was hired as a professor at a small college near where I lived. For the next 11 years, I had a wonderful time introducing scores of young people to the field of psychology and working closely with a smaller number of advanced students who wanted to become counselors, therapists, or psychologists themselves. I’m pleased that some of my former students are now themselves helping others using the skills I helped them develop. 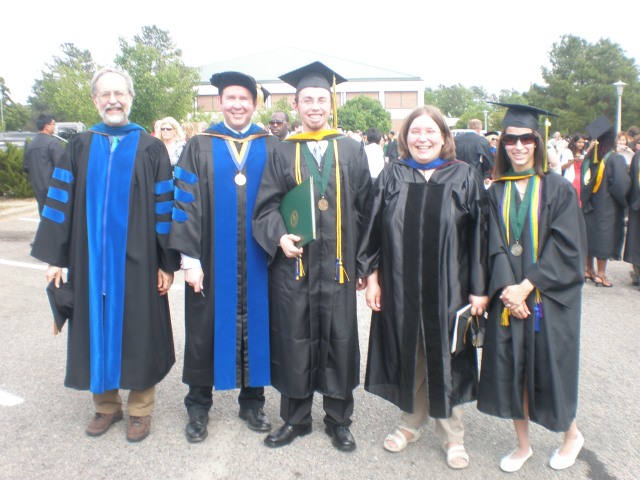 Though Vaillant thought we are best suited to become generative in midlife, some people develop this focus earlier, and others do so only in late adulthood. Is generativity just a passing phase? Not at all. Once it attains importance for us, generativity is not likely to be something to do for a while and be done with. I’m no longer teaching, but it’s becoming more, not less, important to me that I assist those younger than me. I see continued generativity in many people older than me, those in their 70s and 80s. I hope that, when I reach that stage of life, I’ll still have opportunities to guide and encourage my grandchildren and other young people who are trying to make their way in the world.

I am a fourth-generation American of Dutch ancestry and am trained as a clinical psychologist. In 2012, I retired from Methodist University in North Carolina to return to . Michigan to help family. I maintain a part-time therapy practice in Grand Rapids. I currently worship at Monroe Community Church in Grand Rapids. I can be reached at bobritzema@hotmail.com.
View all posts by Bob Ritzema →
This entry was posted in Psyche, Relationships and tagged aging, elderly, Eric Erikson, maturity, midlife, older adults. Bookmark the permalink.