The Death of a Parent

In January, the New Yorker website had an excellent (though rather long) article by novelist Mark Slouka on the effect that his father’s death had on him. He describes himself now as “orphaned at fifty-five, nobody’s son, trying to plot my coördinates, to see my way clear.” 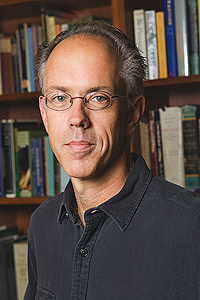 Though ten years older than Slouka, I haven’t lost either parent to death, so in that respect am different from him. I’m also different in that I view death through the hope of resurrection, a perspective that he dismisses with the comment “the angels and the harps don’t work for me” Despite our differences, I find his account of how losing his dad has affected him to be thoughtful and authentic. Here are a few quotes from the article, with my comments about each.

“He was not a person of interest; he’d pass through the mesh of the New York Times Obituary section like dust. He’d lived a long, heartbreaking, and extraordinary life, lived it, on the whole, more decently than most, and when he came to the end of it, he died. It doesn’t get more ordinary than that—the dying part, at least.

“Except that he was my father. And grief, like love, is resistant to reason. It was him and me. And now it ain’t.”

Aren’t all lives in the end ordinary lives? And, in its ordinariness, isn’t each
life exceptional? Prominent obituaries, a multitude of mourners, or eloquent
eulogies don’t in the final analysis separate one life from the next. Perhaps rather than saying that grief is resistant to reason, it is better to say that it operates according to a  reason of it’s own.

“Lacking brothers and sisters, aunts and uncles, with my mother’s memory having long ago lost any trace of me, I find myself the sole surviving owner of ten thousand names, stories, jokes, associations—that time the raccoon reached up through the knothole in the cabin floor when I was four; those Friday nights when the three of us would watch “The Man from U.N.C.L.E.”; that evening, a memorable night in 1966, when my dad, with his professorial air and his Czech accent and his horn-rims, put on my mother’s shoulder-length blond wig on a dare and went out to pick up the pizza—that mean nothing, except that they were the soil of our lives.

“What am I supposed to do with this nest of thorns?”

Mourning is memory, for we can’t mourn for what we can’t recollect. When our memories overlap with those of others; their telling recreates a larger, shared version of the person, and we are consoled. In contrast, to find oneself in possession of a storehouse packed with memories unlike what anyone else possesses is isolating. As Slouka suggests, it is also a burden. Is he somehow a chosen one, given this trove in order to honor his father as no one else could? Or is he cursed by having closetsful of meaningless trivia that he can’t discard? What, indeed, is he to do with these?

I’ll provide a few more quotes along with my comments in a later post.

I am a fourth-generation American of Dutch ancestry and am trained as a clinical psychologist. In 2012, I retired from Methodist University in North Carolina to return to . Michigan to help family. I maintain a part-time therapy practice in Grand Rapids. I currently worship at Monroe Community Church in Grand Rapids. I can be reached at bobritzema@hotmail.com.
View all posts by Bob Ritzema →
This entry was posted in Death and tagged aging, death, dying, elderly, grief, Mark Slouka, older adults, parents. Bookmark the permalink.