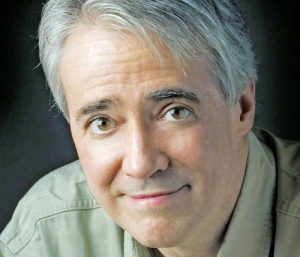 NPR host Scott Simon recently attracted considerable attention when he turned what many consider a private event into a public one.  As he sat with his mother while she was dying, Simon tweeted about her last days to his 1.3 million followers.  As a recent Atlantic article by Paul Bisceglio pointed out, Simon’s openness about what was taking place runs counter to a century-long tendency in the U.S. towards avoiding public discussions of dying.

As a culture, we have become quite uncomfortable with death, as evidenced by the awkward attempts to provide consolation that occur during the visiting hours at funeral homes. Is “At least he didn’t suffer long” insensitive to the family’s desire to have him as long as possible?  If I say “She’s in a better place,” don’t I seem to be claiming special knowledge of the afterlife?  Paradoxically, our efforts to be sensitive to the distress of family members often result in insensitive or insincere condolences.  Our discomfort is often sensed by the bereaved and adds to their distress. As Meghan O’Rourke noted in a 2010 New Yorker article, “Many mourners experience grief as a kind of isolation—one that is exacerbated by the fact that one’s peers, neighbors, and co-workers may not really want to know how you are. We’ve adopted a sort of ‘ask, don’t tell’ policy.”

Our reticence about death and dying contrasts with the way that most cultures deal with the topic.    As O’Rourke noted, in many locales public rituals such as communal wailing, washing the body, and special clothes for the bereaved make death a community event.  In the US, though, we’ve tended to interiorize the reaction to a loved one’s death—we favor private grief over public mourning.  Even funeral services, ostensibly the place for public mourning, have tended to become  celebrations of the person’s life instead of an acknowledgement of the suffering engendered by his or her death.

Perhaps our discomfort with death is a result of not having much of a script of what to do when it enters the room.  A well-established public ritual would provide welcome guidance. For such rituals to develop, we need to be more open about death and dying.  We originally lost our first-hand familiarity with death when it left the home to take up residence in the hospital or nursing home, specialized institutions for dying.  As with Scott Simon’s tweets and blogs such as An Only Child’s Journey into Parent Care, what takes place in such institutions is now becoming more accessible.  Social media seems to be reacquainting us with death, and in the process freeing us from a century of discomfort in its presence.

I am a fourth-generation American of Dutch ancestry and am trained as a clinical psychologist. In 2012, I retired from Methodist University in North Carolina to return to . Michigan to help family. I maintain a part-time therapy practice in Grand Rapids. I currently worship at Monroe Community Church in Grand Rapids. I can be reached at bobritzema@hotmail.com.
View all posts by Bob Ritzema →
This entry was posted in Culture, Death and tagged aging, dying, elderly parents, grief, mourning, older adults, ritual, Scott Simon, social media. Bookmark the permalink.

2 Responses to Social Media Might Reduce Discomfort with Death