Preparing for an Aging Population

A recent USA Today article by Sharon Jayson considers whether the country is prepared for the tremendous increase in the number of seniors that will occur in the next few decades.  Not surprisingly, Jayson concludes:  “Despite some pockets of progress, demographers and aging experts say the USA is ‘hugely behind’ in readying for the onslaught of aging adults, fueled by the 76.4 million-member Baby Boom generation.” USA Today suggests there are five areas where preparations should focus: health care, housing, transportation, keeping seniors productive and engaged, and caregiving.

Jayson cites demographer William Frey’s assertion that “Baby Boomers are driving the move to stay in their hometowns — and homes — rather than flocking to traditional retirement meccas such as Arizona and Florida, as many of their grandparents and parents did.” Given the increasing numbers of older adults who plan to age in place, cities throughout the country will have to take the lead in providing increased services to seniors.  Given the strained finances of so many cities, it will be quite a challenge to fund such services.  Still, some cities are actively working to create the needed resources.  Jayson provides Austin, Texas as an exemplar for that process. 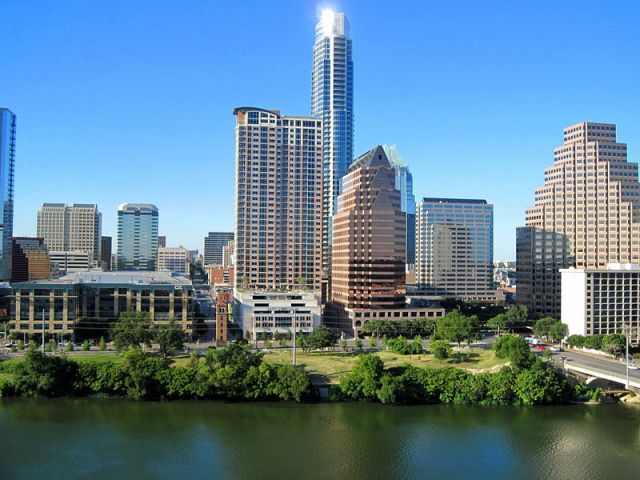 Austin, Texas, a city that is actively preparing to meet the needs of seniors. Image: Wikimedia Commons

The article briefly describes problems related to each of the five areas USA Today identified as important.  There isn’t much I found surprising in the recitation of needs in these areas, except for some statistics pertaining to caregiving.  According to a recent Pew Research Center survey, in 2012 39% of adults in the US served as a family caregiver for an older adult, up from 30% in 2010.  That’s quite an increase.  Almost 2 in 5 adults are providing care to an elderly relative or friend!  There’s more to come; as the article notes, longer life spans mean that the numbers of Americans age 85 and older will increase substantially.  Many of these “oldest old” members of society will be frail and in need of assistance.  The Pew survey found that almost half of adults expect to provide care for an older adult at some point.  We who now serve as caregivers are already legion, and many more will join us in the years to come.

I am a fourth-generation American of Dutch ancestry and am trained as a clinical psychologist. In 2012, I retired from Methodist University in North Carolina to return to . Michigan to help family. I maintain a part-time therapy practice in Grand Rapids. I currently worship at Monroe Community Church in Grand Rapids. I can be reached at bobritzema@hotmail.com.
View all posts by Bob Ritzema →
This entry was posted in caregiving, Resources and tagged aging, Austin, baby boomers, elderly, older adults, senior housing. Bookmark the permalink.

2 Responses to Preparing for an Aging Population